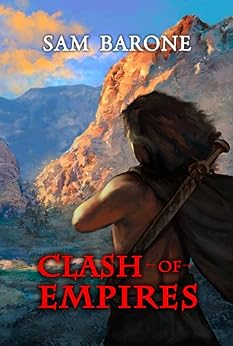 
Pull, you bastards! Pull, unless you want to sail to the Indus!

Ship Master Yavtar bellowed above the grunts and heavy breathing of his crew. Daro and a few of the crew found enough breath for a brief laugh. When you own the boat, Yavtar shouted in reply, you can steer. Until then, you lazy excuses for sailors had better earn your pay, and row!

Daro glanced over his shoulder at their passenger. Now, however, no one gave a thought to Sabatu. It also warned the crew that the moment of danger approached — against wind and tides, the boat needed to turn to the west.

Every rower strained at the grueling labor, aware of what was at stake. And if that happened, they might find the Apikin and even more Elamite ships waiting for them. Ignoring the sweat dripping from his brow, the pain in his knees, and the strain on his arms, Daro pulled at his oar with all the remaining strength in his body. To his surprise, Yavtar continued to guide the Star directly toward the heart of the Great Sea. Daro heard the crew muttering.

Turn the boat, head into the wind. Turn now. Yavtar ignored the grumbling and kept the craft moving into deeper water for almost a mile, until Daro could just make out the thin line of sand that marked the shore behind him. The crew of the Star of Sumer responded, summoning what little remained of their strength. For a moment, the vessel hung up in its turn, and a wave splashed over the bow, splattering the rowers with water and threatening to capsize the ship. A few men cried out, and Daro, too, thought their watery demise had come.

But Yavtar knew both his crew and his boat.

Suddenly the Star leveled out and lunged ahead, as the vessel slipped past the worst of the shoreline current. Now the boat rode gracefully in its motion, rising and falling with the water instead of struggling against it. With a chorus of sighs and groans, the oarsmen slacked their efforts, rowing just hard enough to keep the Star moving. Once again, a skilled Ship Master and an experienced crew had thwarted the powerful waves, driven by the wind from the west.

After gulping a long breath, Daro glanced behind him. The Elamite ship, powering its way through the choppy waters, had turned far sooner than the Star , clearly attempting to cut off the Sumerian ship. But the bigger boat could not handle the cross-currents that Yavtar had so carefully avoided. Daro watched, fascinated by the spectacle playing out before his eyes, only a few hundred paces away. He could hear the men shouting, the fear in their voices carrying over the water.

Two more waves pushed it broadside, and the next one swamped the boat. And then it was over. Men clung to the hull, as its bow lifted into the air for a moment, before sliding backward into the sea, pulled beneath the waves by the weight of water in its stern. Daro heard the sound of snapping beams. In moments, the ship, the crew, all had disappeared beneath the fast moving water.

Not here. It will be days before anyone gets back to Sushan. Thank you, Yavtar. You saved all of us. He swore again at the thought, then lifted his voice. Up sail! He moved to the slender mast, ignoring the pain in his knees and the ache in his back. With the help of two crewmen, he dragged the heavy cloth up to its highest position. His hands, still stiff from holding the oar, fumbled with the fastenings. At last Daro secured the sail, taller than two men, and watched with satisfaction as it filled with air. The mast creaked under the strain and the boat heeled a little, while the crew cheered.

The groaning crew pulled in their oars, and slumped against the gunwales, too exhausted even to crawl to the water skins stored in the bow. Your friend is tossing about.

Even so, the less they understood the better. Daro moved it aside. Where are we? Sabatu had drifted in and out of consciousness since his rescue, and even when he appeared aware, his eyes looked vacant and unfocused. For this moment, however, his mind once again controlled his tongue. Men tortured to such an extreme often lost their wits, never to regain them. Sabatu took a ragged breath, as he struggled with the knowledge of their destination.

Will he make it? Whether Sabatu lived or died, Yavtar could never dare voyage to Sushan again. That way we can just dump his body and avoid all those prying eyes on the dock. Then it would continue on to the Euphrates and its final destination port, the City of Lagash.

Yavtar would ensure that the Star and this crew did not get back to Sumer for at least a month or more. By then, the memory of the injured and unnamed passenger would be well in the past and hopefully forgotten. When Daro asked her father Corio for permission to marry Ismenne, Corio had turned to his young daughter. Is this the man you want to marry? Ismenne answered yes. If Lady Trella gives her blessing, then you can marry Daro.

For all practical purposes, Corio had relinquished his authority over his daughter years ago, knowing that opportunities to work with Trella seldom came.

Since their marriage, Ismenne had already given Daro two sons. He, too, had fought at the Battle of Isin, working the tiller in the same boat as Daro.

The two had grown close over the years, and Yavtar looked upon Daro as one of his sons. Sabatu moaned in his sleep, and Daro glanced down at their passenger. The man could still die. After so many beatings, Sabatu might have serious injuries within his body. Daro shuddered at the thought of undergoing the same fate, and wondered, as every man did, how well and how long he would last under the same punishment. Pushing that gloomy thought aside, he muttered a prayer to the sea gods, asking for a fast trip back to Akkad. Whether the man would regain his wits was another question.

The sooner they reached the City on the Tigris, the better. Seven days later, Sabatu awoke. Opening his eyes, he gazed at the narrow walls and ceiling of what must be a private chamber. A small window high in the wall glowed with the powerful noonday sun, illuminating the room. The bed felt soft, and a light blanket covered his body, as much to discourage the flies as to keep him warm. 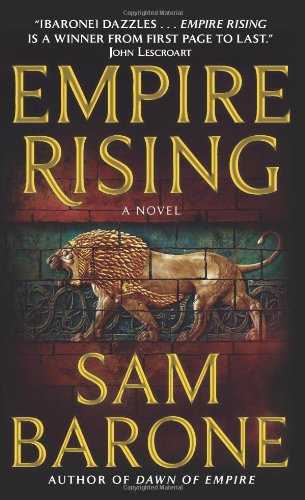 His head rested on a second blanket, folded over to form a pillow. Sabatu tried to sit up, and for the first time, realized that bandages covered both his hands. He tried to speak, but only a hoarse croak emerged from his mouth. Nevertheless, the sound brought the patter of running feet, and a small boy peered at Sabatu from the doorway. Before Sabatu could speak, the boy disappeared.